(57 votes) 0 commentaires
Bend your face and your voice to create hilarious videos and photos!
$2.99 EXPIRÉ

This giveaway offer has been expired. BendyBooth Full Version Face+Voice Changer is now available on the regular basis.

Bend your face and your voice to create hilarious videos and photos!

BendyBooth lets you use crazy face effects and silly voice effects to create funny videos and photos. You can give yourself giant eyes or a huge forehead while changing your voice to sound like a chipmunk on helium.

Give BendyBooth a try and see how funny you can make yourself look and sound!

Ideas:
* Record yourself singing a song, but bend your voice to a higher pitch
* Use the back-facing camera to bend someone else's face. Try it on your friends or try it on someone on TV!
* Parents: Take a video of your kids talking, then lower the pitch of their voice. You may be surprised how similar they sound to you!
* Respond to text messages with a BendyBooth video
* Turn your head sideways to achieve a different effect
* Try subtlety: Distort your face and your voice just slightly and see if anyone notices the difference

Features:
* 28 Crazy Face Effects - Distort your face with wacky effects like "Big Mouth", "Chipmunk" and "Blockhead".
* Voice Effect - Sound like a chipmunk, a whale, or anything in between. You can sound like you just inhaled a bunch of helium, except without losing brain cells!
* Clip Speed - Speed up or slow down your video
* Editable effect position - Place the effect exactly where you want it.
* Editable effect amount - Make subtle adjustments or exaggerated changes.
* Variable effects over time - Change the effect amount and your voice's pitch over time.
* Non-destructive editing system - Change effect position, amount and pitch AFTER you record so you can experiment with different effect combinations.
* Share your creations with your friends via Twitter, Instagram and Facebook.

I take face and voice bending seriously, so please send me any feedback or ideas! Let me know what made you laugh or what made you cry. I will read and consider every piece of feedback.

This app has been Superpowered - http://superpowered.com 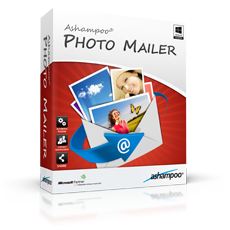