(150 votes) Leave a comment
A platform-adventure game about time travelling, puzzle solving and a friendship between an Old Inventor and a Snail.
$2.99 EXPIRED

This giveaway offer has expired. Chronology - Deluxe Edition is now available on the regular basis.

A platform-adventure game about time travelling, puzzle solving and a friendship between an Old Inventor and a Snail.

"When Braid and LIMBO had a pretty baby" - bagogames.com

• Solve puzzle by travelling back and forth in - or freezing - time.

• Characters with heart and soul - Switch between two lovable characters with their own unique abilities and combine their strengths.

• A mind-bending narrative. As the story unfolds, learn how the main character has already played a central role in shaping the future of his world.

• A magical, colorful and living universe that mixes elements from different times and cultures. 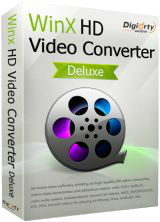