iPhone Giveaway of the Day - Deflecto

This giveaway offer has been expired. Deflecto is now available on the regular basis.

Requires iOS 8.0 or higher. For performance reasons, this app is not recommended for the iPod Touch, the iPhone 4S and the original iPad mini.

Defend these tiny, peaceful cities from menacing enemy clouds that relentlessly bludgeon them into oblivion. Your weapon is your finger; It has the power to deflect whatever these angry clouds drop on you.

Tap the objects to send them back toward the clouds and ultimately destroy them. Drag your finger from one falling object to another to deflect many with one swipe. The more clouds you destroy, the faster and trickier they will become; And so must your fingers. 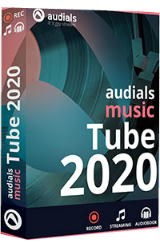