iPhone Giveaway of the Day - Gettysburg: A Nation Divided

This giveaway offer has been expired. Gettysburg: A Nation Divided is now available on the regular basis.

Narrated by actor Scott Eastwood, this award-winning, immersive, time-travel adventure, takes you back to July 1, 1863 to witness the Battle of Gettysburg. The app uses exciting mixed reality technologies combined with photo-real animation to explore the story of the turning point in the Civil War. Historically accurate in every detail, this experience puts you in the middle of the battle to stand beside the people who made history and to watch the battle unfold around you.

Compelling and fun for all, try out the app for free. Activities include searching for virtual historical artifacts on the battlefield and collecting virtual Civil War gold coins as rewards while rising through the ranks from Private to Major General.

Animated archival photos of soldiers, women, and an African American journalist come to life as Avatars, who tell their little-known stories. Their plights are revealed to share the rich understanding of the effects the battle that caused the most casualties of the Civil War had on ordinary people.

Designed to be used anywhere - the app can be used at home, at school, in a park, or on location at the Gettysburg battlefield.

When you are at Gettysburg, unlock the full app then use your location to help guide your journey in time to see the stories and events unfold at the exact location where they occurred.

Key Features:
· Try out the app for free and unlock the full Gettysburg: A Nation Divided experience later.
· Latest mixed reality technology to tell the story of one of the most important battles in U.S. history
· 360 slow-motion scenes of critical action in each of the stories
· Wayfinding capability that provides a 360º view of the battlefield at 10 locations with identified landmarks and annotated flags that tell you where the armies were located and who was in command
· A fun artifact scavenger hunt
· Earn virtual Civil War coins and achieve military rankings
· Follows and aligns with the Park Service historic Auto Tour Stops when visiting the battlefield at Gettysburg
· An Augmented Reality animated Abraham Lincoln delivers the Gettysburg Address at the Gettysburg National Cemetery near where he gave the address in November 1863 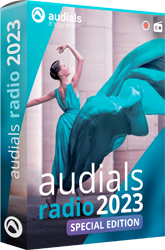