iPhone Giveaway of the Day - iComics

(1499 votes) Leave a comment
iComics is a Universal app designed for iPad, iPhone and iPod touch which allows you to read DRM-free comics
$1.99 EXPIRED

This giveaway offer has expired. iComics is now available on the regular basis.

iComics is a Universal app designed for iPad, iPhone and iPod touch which allows you to read DRM-free comics from your own collection, quickly and smoothly!

Supporting all of the major comic formats, iComics makes it extremely easy to import comic files onto your iOS device, and start reading them straight away!

- Supports all of the major comic formats (ZIP, CBZ, RAR, CBR, 7ZIP, CB7, TAR, CBT, EPUB, PDF).
- Comics can be imported from your PC via iTunes, or from other apps on your iOS device (Such as Dropbox®, or Safari).
- Comic files are never modified or destroyed (So you can get them back off your device whenever you want!)
- A comprehensive collection listing, with the ability to re-order, rename and delete comics from within the app.
- Each comic has a reading progress icon - unread, in-progress, and read (So you'll never forget where you were up to!)
- Super smooth scrolling when turning pages.
- A slider that lets you jump between comic pages quickly.
- Comics can be read from left-to-right, or right-to-left (Great for Eastern comics)
- Page zooming can be set to reset every-time a page is turned, or locked to the same scale across all pages.
- Extra wide comic pages can be split up and treated as two separate pages.
- Many sharing settings including being able to email, print or locally save individual pages!

Supported hardware includes:
- iPad (All generations)
- iPhone (3GS and above)
- iPod touch (3rd gen and above) 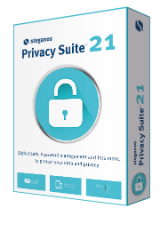