iPhone Giveaway of the Day - MathTappers: Multiples - a math game to help children learn basic facts for multiplication and division

While flashcards have some utility in helping people memorize, they are best used after
we have mastered a topic and need to build fluency – they are not magic and won’t
support the development of understanding on their own. MathTappers: Multiples is a
simple game designed first to help learners to make sense of multiplication and division
with whole numbers, and then to support them in developing fluency while maintaining
accuracy.

The designers of the MathTappers apps are math educators and researchers seeking to
create simple games that will help learners to make sense of mathematics one concept at
a time. We have designed MathTappers apps to support students in learning mathematics
by providing relevant visual models, focused content and helpful suggestions for parents
and educators.
Our motto is: Play, Explore, Understand!
Current MathTappers Apps include:
MathTappers: Clock Master – learn to tell time
MathTappers: Estimate Fractions – make sense of fraction sums and differences
MathTappers: Find Sums – learn basic facts for addition and subtraction
MathTappers: Multiples – learn basic facts for multiplication and division
Visit MathTappers.com for more information. 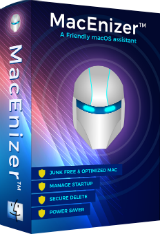