iPhone Giveaway of the Day - Montessorium: Intro to Geo

Montessorium brings you the world!

• Learn the shapes, names, flags and geographical locations of the countries of the world, through puzzles, challenges and drawing exercises.
• Supporting a global education in English, French, German, Spanish, Chinese, Japanese, and Italian languages.

From the creators of Intro to Math and Intro to Letters, Intro to Geography - World Edition is based on the proven methodology of Montessori.

Located in Sioux Falls, South Dakota, Montessorium Inc. is dedicated to crafting high-quality educational apps for the iPhone and iPad. We believe that learning is a lifestyle.

Get in touch! We’d love to hear from you.

Or send us note at hello@montessorium.com 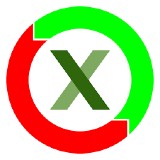