iPhone Giveaway of the Day - PaleoEarth

Earth is a dynamic planet. If anything has been constant throughout Earth history, it is its relentless state of flux -- from the ceaseless motion of tectonic plates to the ever-changing climate that eventually led to the birth of life itself to the steady bombardment of asteroids, some of which led to large-scale extinction events. PaleoEarth brings together a number of disparate data sets and provides a unique window into Earth's dynamic history. Key features include:

* Shows the motion of continental plates, subduction zones (where oceanic crust sinks into the Earth's mantle) and mid-ocean ridges (where new oceanic crust is created) over the last 400 million years.

* Shows sites of major asteroid impacts, tracing them from their original location at the time of impact to their current location, having been transported by the motion of tectonic plates.

* Traces the borders of a given country back in time -- over the last 400 million years -- and shows how a number of large countries, e.g. the Russian Federation and the People's Republic of China have resulted from the agglomeration of smaller continental plates. 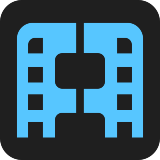