(200 votes) Deixe um comentário
An honest and harsh Action-RPG with the Roguelike elements, made in pixel 2D retro style
$1.99 EXPIRADO

This giveaway offer has been expired. Pocket Rogues: Ultimate is now available on the regular basis.

POCKET ROGUES - a whole world consisting of generated locations and dungeons. This is an honest and harsh Action-RPG with the Roguelike elements, made in pixel 2D retro style and fully in real time!

Battles in real time will challenge any hardcore gamer, and the exploration of the environment and many unusual mechanics will drag you to long hours.

In Pocket Rogues you are waiting for dozens of dungeons filled with unique loot and monsters, many classes of heroes and bosses, the fight with each of which will be a real test. And the traditional elements of the RPG genre, such as pumping a character and exploring the world, will never let you get bored!

• COMPLETELY IN REAL TIME! Move, dodge, get around the flank! The real-time combat system, just like in the big Action RPG for PC
• EACH DESCENT IS UNIQUE! Everything from locations and monsters to loot and random encounters is generated during the game. You will never get two identical dungeons!
• 6 HERO CLASSES: each has unique skills, items, and a skill's tree
• UNIQUE LOCATIONS: each has its own visual style, its own unique monsters, traps and objects, and between all open locations it is possible to move freely!
• OWN GUILD FORTRESS: you can build and improve buildings in the Castle of the Guild, opening and strengthening new heroes, and also discover new game mechanics
• REGULAR UPDATES. The game is supported and actively developed for a long time, and - in close contact with the community of players who know exactly what they would like to see in the game!

• The number of all the GEMS, obtained by killing monsters, bosses and for completing tasks, is increased by 50%
• Added the ability to SAVE the game before leaving, being in any normal dungeon, as well as auto-save while minimizing the game
• Berserk, Necromancer and all future PREMIUM CLASSES are available for gold
• Added the ability to start descent into the DUNGEON from a given depth
• All normal dungeons are completely FREE
• Ads in dungeon is completely disabled (but there was an opportunity to watch ads for gems)

For all questions, you can also contact the developer directly: ethergaminginc@gmail.com 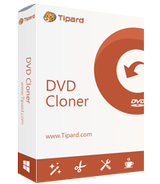