(28 votes) Σχολιάστε
Immerse yourself in the life of Brainchild, a member of the Defenders, where you will investigate Vision Consolidated.
$0.99 ΕΛΗΞΕ

This giveaway offer has been expired. Project Mayhem is now available on the regular basis.

Vision Consolidated has finally created the world's first complete Brain-Computer Interface (BCI) called INTELLECT with extensive capabilities like telepathy, increased cognitive abilities, and integration with the internet. This raises questions about how the company managed to create such a product in a still technologically primitive world. Will the product do more harm than good?

Immerse yourself in the life of Brainchild, a member of the Defenders, where you will investigate Vision Consolidated and find out its secrets. The Defenders are an elite infantry group that are deployed globally to quell political disorder. If you think a president is responsible for those peace treaties, you would be wrong. The Defenders have their reach everywhere to protect society as a whole.

BCI's can introduce many privacy and free will problems, and Vision Consolidated says that they are transparent, but who knows? That's for you to figure out! 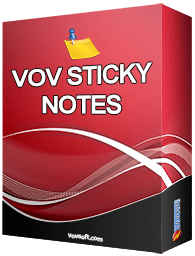