This giveaway offer has been expired. Wild Bill Hickok Radio Show is now available on the regular basis.

James Butler Hickok (May 27, 1837 – August 2, 1876), better known as Wild Bill Hickok, was a folk hero of the American Old West. His skills as a gunfighter and scout, along with his reputation as a lawman, provided the basis for his fame, although some of his reported exploits are fictionalized.

Wild Bill Hickok was a solid cowboy hero of the kids. He and his sidekick "Jingles," rode through the west looking for adventure and getting it. Wild Bill rode "Buckshot," and Jingles rode "Joker." Guy Madison played Marshal Wild Bill Hickok on radio and TV, with Andy Devine as Jingles. Hollywood actors did the bad guys and townsfolk. 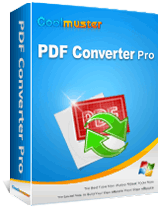