(21 votes) Leave a comment
A very simple and effective way of translating both voice and text.
$5.99 EXPIRED

This giveaway offer has expired. Clear Translation is now available on the regular basis. 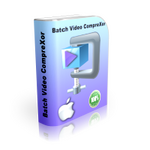