Do you have what it takes to be an evoking master?
Catch, train, battle, fight & evolve to prove what you are capable of.

No energy bars, no waiting! EvoCreo offers a twist to the monster battle and monster capture genre!

Embark on a journey through the world of Zenith. Become the top evoker by capturing and battling over 170 kinds of Creo!

Play, battle, fight, catch, train and evolve with your monster online and offline wherever you are.

Test yourself in the arenas, and work your way up to the Coliseum! On the way, you’ll be fighting the sinister plot of the nefarious organization, Shadow Hive!

You think you can show the EvoCreo world what you can do?
Catch monsters, train creatures, battle enemies, fight with your monster and evolve your pets even when you’re offline!

Like us on FB for more news and updates: https://www.facebook.com/ilmfinity 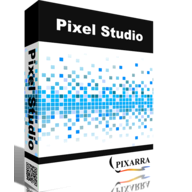