Randy is an fun innovative puzzle game which constantly challenges players to think on the spot as they help Randy through 80, colorful, puzzling levels, as robots try to block your path and capture Randy for scrap metal!

Randy is an ordinary transport robot in an enormous warehouse. One day a container falls on Randy and his navigation unit stops working! This isn't good, because all robots which don’t work are sent away to become scrap metal.
Help Randy repair his navigation unit by guiding him through the massive warehouse while avoiding dangers along the way.

Helping Randy isn’t going to be easy. The warehouse has tiles which can be rotated, but only in one direction. Left!

*Note for Parents*
Randy contains in App purchases which require parent authorization for successful transactions.
Randy also contains links to Random Studios social media pages, and website which can take users away from the game. 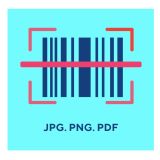